Thanks to Pinterest, these gorgeous collars were brought to my attention and I felt like they stood out enough for me to write a quick blog shout out to them. I was able to track down a few of the pinned photos back to their original site at Teacups, Puppies & Boutique which opened my eyes to many more (of which I just spent a half hour perusing through…) This was the original pinned photo on Pinterest that realed me in. It’s so perfect for the tiny, pup or pug that may need to be put in a harness!

Had to point these adorable collars out as well…

You’ll have to take some time to browse around on the site, they have some fun accessories and bows for your dogs that are almost too cute to resist! If you get a chance make sure to glance at the ‘luxury dog beds‘ – your furry friends will be sleeping like a king in the products they offer on this site. After writing this post I’m realizing this is geared a little towards the feminine side, so I do apologize. Perhaps this is masculine enough for your little guy… 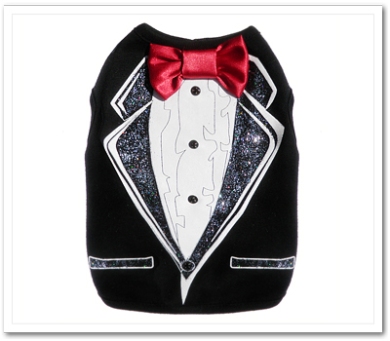 How to Spoil Your Precious Pet

Be Passionate About What You Do

Below is a video my owner’s Andrea and Alex put together about this wonderful company they’ve created, Chicago Pet Video. It was originally for the 2012 “TV Time for Small Business Contest” which is designed to attract participants that have an innovative, creative, professional and successful business idea – which is showcased in the highlights of this video. I think it’s a great representation of what CPV does for their clients and my furry friends as well as truly showing how passionate we are about the business we’re in (oh and you’ll notice my precious face about 11 seconds in – it’s hard to miss).
Winks and Wags,

A few weeks ago myself along with some other pups had a great Tuesday evening out while attending the West Town Pup Crawl at Mahoney’s Pub & Grille hosted by Chicago Canine Concierge. The week’s featured rescue who received a portion of the event’s proceeds was Chicago Pit Stop Rescue and my family’s own Chicago Pet Video, was the featured business.

There were awesome $4 drink specials and $3 appetizers (for our owners) – BUT because of those notorious begging faces we pups tend to show, a few of those appetizers slipped our way pretty easily – and I must say the food was excellent.

Clutch, Aberdeen Tap, and Matchbox were some other awesome bars that participated in the pup crawl – and they all had awesome pet friendly patios for us to hang out in.  I thought the weather was perfect although some of my smaller friends admitted they got a bit chilly after the sun went down.